NCC’s science-based approach to conservation is central to our leadership role in Canada’s conservation community. In the last year, our staff achieved a number of successes in addition to business as usual.

Investing in the next generation’s leaders in conservation science

Two Canadian graduate students will be undertaking important conservation research in the coming year, thanks to the Weston Family Conservation Science Fellowship. A PhD student will study the endangered mottled duskywing butterfly, while a master’s student will conduct research on declining grassland songbirds in southern Alberta. Their research will aim to identify ways to conserve natural areas to allow the species populations to recover.

The butterfly is endangered in part due to a loss of habitat. It depends on the New Jersey tea plant for survival, which are often found in dry sandy areas or limestone alvars. These habitats are under development pressures.

Many species of grassland birds, such as birds that depend exclusively on native grasslands for breeding and wintering have declined dramatically by 87 per cent since 1970.

Launch of the conservation technology project

Increasingly, technology is the lifeline for NCC field staff. Now, a new three-year project will help both NCC and members of the land trust community achieve more conservation and do it faster, aided by advances in technology.

The first important milestone was the upgrade of NCC’s Land Information System to allow NCC to further integrate and analyze information on our properties. Another key step was the review of the existing methods used by staff to collect data in the field. Since protected lands are often remote from NCC offices, the ability to collect this information will ensure NCC can more easily and efficiently inventory and monitor these lands. Last, NCC has also been working to modernize the methods used to prioritize its conservation work.

The dynamics of conservation in Canada are changing. Today, Indigenous Peoples are increasingly being heard and engaged by others as conservation decision-makers and stewards of the land.

NCC acknowledges that Indigenous Peoples have protected and cared for the natural areas, plants and animals that have sustained them for millennia. NCC has much to learn from Indigenous Peoples across Canada that will help us to become better land managers and conservationists. NCC, as a leading conservation organization, also has a unique opportunity to contribute the skills we have acquired to assist Indigenous communities and Nations to achieve their conservation and stewardship goals.

NCC’s Indigenous Conservation Engagement Framework (ICEF) sets out NCC’s vision for working with Indigenous communities and nations in a meaningful, respectful and supportive manner. Last year was the second year of implementation of the ICEF. NCC staff have been very supportive of the framework, with excellent progress being made throughout the organization.

In addition, NCC assisted in facilitating significant Indigenous-led conservation projects, such as:

Ensuring a future for Qat’muk (Jumbo Valley) BC

After 30 years of uncertainty about the future of these traditional lands, an area sacred to the Ktunaxa known as Qat’muk, which includes the Jumbo Valley in BC’s Central Purcell Mountains, is now secured for the long term. NCC joined the Ktunaxa Nation, the Province of BC, the Government of Canada, community supporters and funding partners in Cranbrook to celebrate conservation plans for the valley. Those plans were made possible after the long-sought termination of development rights in the Jumbo Valley.

The Ktunaxa Nation Council will now be able to move forward with community consultation to ensure effective stewardship and conservation of the Central Purcell Mountains through the creation of an Indigenous Protected and Conserved Area (IPCA). According to the Indigenous Circle of Experts, IPCAs are distinguished as areas where Indigenous Peoples lead the protection and conservation of ecosystems founded on Indigenous knowledge, governance and laws. It will serve to protect both cultural values and biological diversity in part of the Central Purcell Mountains for all time.

Meaning “Land of the Ancestors” in Dënesųłıné, Thaidene Nëné National Park Reserve is a 14,000-square-kilometre protected and conserved area and is one of the largest protected areas on the continent. NCC was honoured to have been able to contribute in a small way to the creation of the reserve, on the northern edge of Canada’s boreal forest of Canada, in the North Slave Region of the Northwest Territories.

In the midst of a vast area of ecological and cultural importance there was one small private land holding, less than a hectare in size. Working with partners and a willing landowner, NCC was able to purchase the outstanding piece of land, to ensure it would never become subject to incompatible land uses that could threaten the ecological integrity of the larger park reserve. NCC then transferred the property to Parks Canada to assist with the completion of the new park reserve, in keeping with the wishes and aspirations of local Indigenous people.

The Łutselkʼe Dene First Nation received worldwide recognition for the creation of the reserve, which will be managed by Indigenous communities. Thaidene Nëné will provide opportunities to retain and continue traditional ways of life while conserving spectacular landscapes and supporting sustainable economic development.

To further support our work and provide guidance, NCC was pleased to welcome Nathan Cardinal on a two-year secondment from Parks Canada as the lead staff person on Indigenous relations and the implementation of the ICEF.

This arrangement is a key component of NCC’s ongoing work to implement the ICEF and continues to build on our excellent relationship with Parks Canada. Cardinal has extensive experience advancing and supporting Indigenous leadership in resource conservation. Through his work, he has provided advice and guidance to organizations to help support relationships and decision-making with respect to working with Indigenous Peoples. He also brings deep knowledge of property management and local community relations including fire management, ecological monitoring and restoration, cultural resource management, geomatics, and visitor safety.

The NHCP will result in at least 200,000 hectares (494,210 acres) of new conservation lands over four years, while protecting habitat for species at risk recovery. The NHCP contributes directly to Canada’s goal of conserving 25 per cent of our lands and inland waters by 2025.

NCC is grateful to the many land donors and others who are helping us to leverage the government investment 1.5:1, to maximize our conservation impact.

* Due to the impact of the current pandemic on Canada’s economy and the unpredictable nature of raising funds at this time, Environment and Climate Change Canada agreed to reduce the Natural Heritage Conservation Program matching funds requirement from 2:1 to 1.5:1 over the four years of the program. However, NCC and its partners commit to make every effort possible to meet the original 2:1 matching funds requirement over the lifetime of the program. The program requirement to secure at least 200,000 hectares (494,210 acres) of ecologically sensitive lands remains in place.

In the last year, NCC’s fundraising efforts continued to be framed by the Landmark Campaign – the most ambitious campaign for conservation in NCC’s history.

Since its inception, the Landmark Campaign has mobilized more than 110,000 donors from communities across Canada and beyond to protect our natural spaces. In the last year, you and thousands of Canadians contributed $132 million to the campaign (includes contributions received and pledges).

Thanks to your passion, your commitment and your unwavering generosity, the finish line for the Landmark Campaign is in sight! You’ve shown that together, we can accomplish great things.

At the Nature Conservancy of Canada (NCC), we believe that the more people experience, connect with and share their love of nature, the more support there will be for its conservation. All they need is the opportunity.

From hands-on volunteering to in-person and virtual events, our engagement programs provide Canadians with a diversity of opportunities to do just that.

The Nature Conservancy of Canada is committed to connecting with Canadians and to helping Canadians connect with nature.

Although all-in person events were postponed as of mid-March due to the COVID-19 outbreak, we continued to connect with Canadians from coast to coast, as well as with people from around the world:

Conservation Volunteers are a driving force behind many of the land stewardship actions that support our Natural Area Conservation Plans. This past year, 1,764 volunteers of all ages at 150 events contributed their time, energy and expertise to NCC.

Overall, the number of events decreased compared to last fiscal year due to the COVID-19 pandemic, which halted all in-person events for the majority of the last quarter of our fiscal year (March, April, May).

Here is what some of our volunteers had to say:

"Volunteering with the Nature Conservancy of Canada has allowed me the opportunity to effect positive change in my own backyard! It was refreshing to get outside, learn about the world around me, and connect with like-minded people of all ages and abilities. I left feeling like I had truly made an impact, and inspired to do more. I’m already looking forward to my next NCC event!"

"The feeling of being useful and doing our part to protect the environment, natural areas, and Quebec’s plants and animals to encourage biodiversity. To help contribute to the care of the planet, for us and for the future."

In fiscal 2019-20, we hosted City of Life: Rediscovering Nature in Your Own Backyard. This series of in-person NatureTalks events welcomed close to 1,200 attendees to discussions led by distinguished Canadians such as: 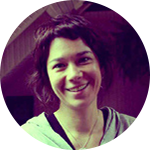 Lisa Jackson
Artist and filmmaker
Lisa Jackson is one of Canada’s most celebrated artists working in film and VR. Her works have been screened at Hotdocs, Tribeca, SXSW, Berlinale and London BFI, aired on many networks in Canada, and garnered many awards, including a Genie and Canadian Screen Award. She is Anishinaabe, lives in Toronto, and her recent projects include the internationally acclaimed VR Biidaaban: First Light, the short IMAX 3D film Lichen, and the CBC documentary Indictment: The Crimes of Shelly Chartier, which won best doc at imagineNATIVE. She recently premiered her large-scale multimedia installation Transmissions, on the power of Indigenous languages, and is also working on more traditional film and TV projects.  Read more > 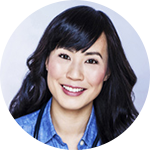 Dr. Melissa Lem
Physician and CBC commentator on nature, health & wellness
Dr. Melissa Lem is a Vancouver family physician who also works in rural and remote communities across Canada. A board member of the Canadian Association of Physicians for the Environment and strategic advisor to the BC Parks Foundation, she is a passionate advocate for the health benefits of time spent in nature. Her writings on the environment and human well-being have been published by national media including the Vancouver Sun, Toronto Star, Montreal Gazette, National Observer and Alternatives Journal. Read more > 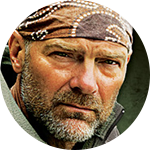 Les Stroud
Star of Survivorman, musician, author and filmmaker
Best known as the Canadian Screen Award-winning producer, creator, director and star of the hit TV series Survivorman, Les Stroud is the only producer in the history of television to produce an internationally broadcast series entirely written, videotaped and hosted alone. Les’s work been nominated for 27 Canadian Screen Awards (formerly the Geminis), including Best Director and Best Host. Read more > 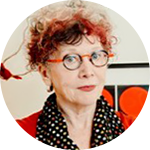 Kai Chan
Professor, Institute for Resources, Environment and Sustainability, University of British Columbia
Kai Chan is a professor at the Institute for Resources, Environment and Sustainability at the University of British Columbia. Kai is an interdisciplinary, problem-oriented sustainability scientist, trained in ecology, policy and ethics from Princeton and Stanford Universities. He strives to understand how social-ecological systems can be transformed to be both better and wilder. Read more >